I’ve been back in Ecuador for just over a week now. It’s been a few years since I’ve spent so much time in Quito in one go, but after a stressful few days of sourcing equipment, buying supplies, chasing chemical companies, nearly missing the night bus down to Coca, and then watching the motorised canoe on it’s way to pick us up flip over and float downriver – I am thrilled to finally be in Payamino! 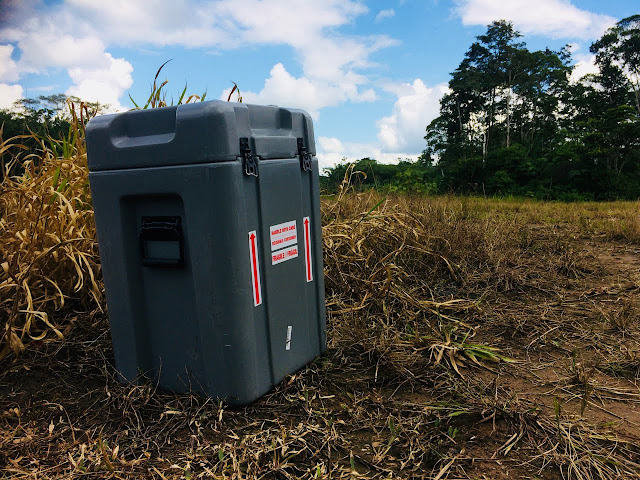 Waking up to the sound of the Payamino river is simultaneously soothing and exciting. Before going to bed last night I had already seen a couple of gaudy cane toads, some intriguing orthopterans, several gorgeous spiders, and many dazzling butterflies. On the canoe up to the station a couple of mating damsel flies even landed on me. As if to counter balance, I also found a bullet ant in the kitchen and have been bitten my dozens of sandflies. Swings and roundabouts. 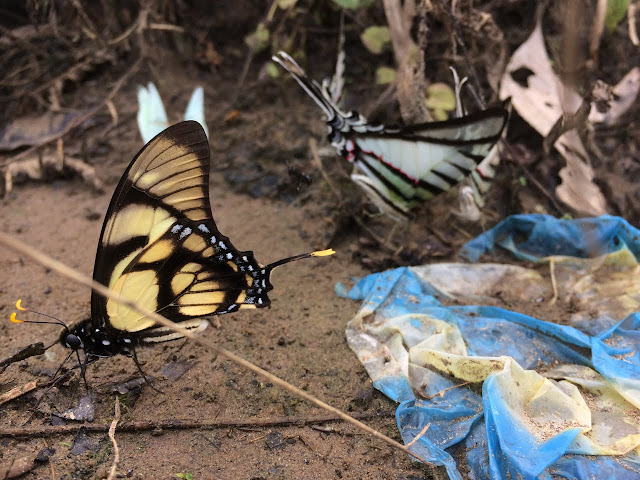 This time, I'll be in Ecuador for three months, the longest stint I will have done here since leaving in 2013, after a year here in Payamino. Initially thinking three months would be plenty of time to get my work done, I am quickly realising it won't quite cut it. Typical field work realisations.

While I am here, the plan is to work on three separate projects and teach on Manchester Metropolitan University's Tropical Ecology field course. Plus a short jolly in the Andes to hike and take in the sights on and around Chimborazo volcano.

The three projects are linked in theme, which threads through my whole PhD. I am interested in understanding whether the genetics of habitat-forming plants in tropical systems affect the associated communities of animals and microbes. This summer I will endeavour to collect enough bromeliads from up in the canopy to look at the relationship between their genetics and the composition of the bacteria and invertebrates that inhabit them. Hopefully, I will be able to do this in two separate environments: the Andean cloudforest and the Amazon rainforest. I began this fieldwork in Payamino in January, so in addition to collecting many many more samples this summer, we are going to try to do something similar in the Bellavista cloudforest reserve during the field course. This will rely on the participation of the whole field course, so will be an interesting attempt to collect a serious amount of data by a lot of non-experts in a short space of time.

For the rainforest project, I have the methods down – tried and tested earlier this year, although I didn't manage to collect many samples, largely due to lack of canopy or ground assistance. This time round, I will be lucky enough to count on the help of a climbing assistant from mid-July until the end of August, as well as assistance from a couple of keen volunteers who will join me for a couple of weeks to dissect bromeliads and collect invertebrates.

Before any bromeliad work can commence, however, I need to set-up some plots of heliconias, which you may know of as "false birds of paradise". So tomorrow Javier, the station manager, and I will inspect the remnants of a previous plot of heliconias and to plan how many and in what arrangement I need to plant the species I will be working on, Heliconia stricta and Heliconia rostrata. For now, I'll just plan projects as I watch the river grow and wait for the rain to stop.

Image 1.1 - Tapir-themed jungle cake The 27th of July is world tapir day. Last year I became aware of this event through a tapir-obsessed friend of mine, Michael Natt (who's birthday it also happens to be – hippy barfday !). Now that I am living in a place tapirs are native to, I thought it would be appropriate to celebrate this day here at the Timburi Cocha research station with a tapir-themed jungle cake ( Image 1.1 ) and to dedicate these bizarre mammals a blogpost. Image 1.2 - Quick world tapir card to celebrate the occasion. © X O'Reilly
Read more

· 00:20 GMT-5, 2nd July 2012 -  Arrived in Ecuador's capital, Quito, when the airport was still smack bang in the middle of the city. · 18:55 GMT-5, 22nd July 2013 -  Watched the sparkling night lights that sprawl over Quito's mountainous façade shrink beneath the plane that took me from the equator. In an attempt to summarise the uncompressable and spare you my rambling, I've selected five photos from each of the months I spent in Ecuador on industrial placement. They're not necessarily the best photos nor personal favourites, but they all mean or represent something.
Read more

Anyone who knows me or has seen me walking in recent years will be aware that I have longterm problems with one of my hips. In February just gone, I went home to Spain and was met at Barcelona airport by my brother. On the drive to my parents' house, Calloway asked exactly what was wrong with my hip, which had been freshly replaced 2 months prior. I started with "Well, you know what they did to my hip when I was a baby, right?" "Not exactly, no..." he replied. A lot of people ask about my hip, so I decided to use the 6-month-versary of my shiny new titanium hip as an excuse for a completely self-indulgent post about what was wrong with my hip to begin with and why I needed a replacement two weeks into my 25th year (and an excuse to show off my scar and some x-rays, look away now if it embarrasses you to see x-rays of my pelvis).
Read more